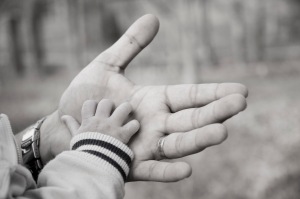 I know you’ve probably already been bombarded with unsolicited advice, so I’m sorry to throw some more at you.  Even though I’ve only been a parent for 2 years, it feels light-years away from that period when I was eagerly awaiting my son’s arrival.  The little bit of wisdom I’ve picked up seems worth sharing, so here’s some advice from a relatively new mom’s perspective.

First things first – do the stuff on the mama-to-be’s To-Do List.  Yes, I know there’s a list, and yes I know there are things you haven’t done yet.  But here’s some insider information about why it’s so important to her. Almost everything about the baby’s arrival and the reality thereafter feels totally out of control.  This to-do list gives her a feeling of control amidst the chaos.  Everything on the list that she can’t cross out is slowly driving her crazy. So just freakin stop putting it off and do the stuff she asked you to do.  Seriously, stop reading right now and go do it [I’ll wait….].

Oh great, you’re back!  Here’s one more thing for your list – read up on post-partum depression.   God willing you won’t ever need to use that knowledge, but it’s really important for you to know the signs.  Moms often feel ashamed and don’t want to admit what’s happening, but if your partner ends up as one of the 10-20% of new moms who suffer from post-partum, you can encourage her to seek the help she needs.  While you’re at it, maybe peruse one of the 18 baby books sitting on the coffee table.  There’s probably some stuff in there you need to know, and it will make Mama feel better knowing that you’re in this together.

I know there are a million things to do to get ready, but also try to *gently* remind Mom that this is the end of a chapter of you two just being a couple, a family of two.  Savor that. Take advantage of the fact that you’ve got a few weeks or months left to do just about whatever you want, before the baby’s needs become the center of your universe. Go on dates.  Seriously, GO ON THEM NOW!  That new restaurant getting all the buzz, with their prix fixe 8-course tasting menu?  They might be out of business by the time you make it there after baby is born (and screaming babies and multi-course meals aren’t a great combination).  Do stuff on your bucket list (probably not bungee-jumping though… that’s frowned upon for pregnant women).  Take a babymoon, even if it’s just a weekend away.  Take the time to enjoy each other as a couple.

Now about the momentous day when you finally get to meet your little one!  First let’s just deal with the elephant in the room – you’re not going to break the baby.  Seriously, you won’t.  So let’s move on.

When you come home with the baby, s*’s gonna get cray real fast.  You probably already realize that life as you know it will never be the same.  But you might not be quite prepared for the craziness that the currently sweet and sane Mom-to-be may unleash on you.

Picture this: she just gave birth to the baby that she spent months carrying inside her body. The enormity of having brought a new life into the world is completely overwhelming.  Now pair that with the fact that Mom has some crazy-ass hormones coursing through her body, has just lived through either the agony of childbirth or an invasive surgery, and is now a patient herself dealing with pain, scars, and a slow recovery, while simultaneously taking care of a tiny helpless human. Add a generous dose of sleep deprivation to the mix, and you’ve got a recipe for an epic emotional volcano the likes of which you’ve never seen.

Or maybe she’ll stay totally chill, who knows.  Just be mindful and compassionate about everything she’s going through, and offer her nothing but support.  Know that at some point you’ll probably incur her wrath, like if you inadvertently wake the baby that she finally got to sleep after what felt like hours of singing and rocking and praying to God, Allah, Krishna and Zeus that the baby would please please fall asleep.  If this happens, don’t try to defend yourself. Even if it’s really not your fault that the baby was awoken when you let in the HVAC guy, whose visit happened to fall at time of the baby’s nap (*cough cough, totally random example that didn’t happen to my husband, cough cough**).  Just accept that in this moment she kind of (ok, really really) wants to murder you.  In this crazy, hormone-laden newborn zombie stupor, it is totally your fault.   For the love of God, don’t try to rationalize with her and explain why you did nothing wrong!  Just apologize and try to get the baby to go back to sleep.

Take pictures of Mom with the baby.  She will tell you not to.  She’ll tell you that she looks like crap/ has been wearing the same clothes for 3 days/feels like she hasn’t washed her hair since the Bush administration.  Don’t listen to her.  Be sneaky if you have to.  She might not feel beautiful now, but these moments are precious and fleeting, and she’ll regret it forever if there aren’t lots of photos of this amazing time of bonding and snuggles.

You probably feel completely freaked out by the prospect of being responsible for another human being, and feel totally unprepared for being a father.  But here’s the thing – if you’re present, loving, and involved, and show your little one unconditional love and affection, that’s seriously like 90% of the battle.

How many times have you heard a description that sounded something like “he’s a really great dad – he helps with feeding the baby, giving baths, and even changes diapers!”   Really think about that statement.  All you have to do is contribute in some way to the basic tasks of keeping the baby alive, and you qualify as a good dad.  Think about how attainable that bar is! (Mom will get no such pass – strangers will judge her silently for nursing/not nursing/under-dressing/over-dressing/baby-wearing/not baby-wearing).  So relish the fact that taking the baby for a walk or along on an errand will make you an instant candidate for dad-of-the-year.  (Seriously no disrespect to the great dads out there – I’m just sayin!)

Parenthood is a crazy journey, but every sacrifice is made up for ten times over by the love you feel when you look into those little eyes.  You will be your little one’s first hero.  Don’t let that freak you out – let it inspire you to become the best version of yourself.  You’re gonna do awesome, Dad.