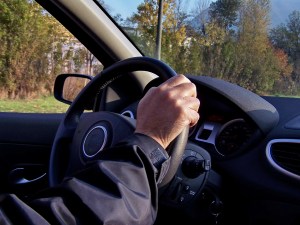 As the days have been getting warmer, there’s been a resurgence of Facebook posts warning parents and pet owners not to leave their kids and dogs alone in hot cars.  I saw similar posts last summer, and flatly ignored them.  I had no intentions of leaving my baby alone in a car, hot or otherwise, so I assumed the warnings had nothing to do with me.  And then I read the Washington Post article “Fatal Distraction,” which recounted in heart-wrenching detail the stories of several parents whose young children died after being accidentally left in the back seat of the car.

When I started reading the article, I thought the whole thing was total BS.  HOW COULD ANYONE FORGET THAT THEIR BABY IS IN THE BACK SEAT??!!  I wasn’t buying it, not for one second. What kind of horribly negligent parent does something like that?

“The wealthy do, it turns out. And the poor, and the middle class. Parents of all ages and ethnicities do it. Mothers are just as likely to do it as fathers. It happens to the chronically absent-minded and to the fanatically organized, to the college-educated and to the marginally literate. In the last 10 years, it has happened to a dentist. A postal clerk. A social worker. A police officer. An accountant. A soldier. A paralegal. An electrician. A Protestant clergyman. A rabbinical student. A nurse. A construction worker. An assistant principal. It happened to a mental health counselor, a college professor and a pizza chef. It happened to a pediatrician. It happened to a rocket scientist.”

I read through the details of each story – the perfect storm of circumstances that led to the incident, the horrifying moment the parent realized what they’d done, the indescribable pain of losing a child coupled with the unbearable guilt of knowing they were responsible for that loss.  In the time it took me to read the article, I went from being a total skeptic to truly believing that this tragedy could happen to anyone (I mean if it could happen to a rocket scientist, wasn’t it plausible that it could happen to me?  To a family member? To a good a friend?)

The article recounts several parents’ stories and discusses the larger issues of criminal culpability and the neural mechanisms that underlie these incidents.  I’m willing to bet that just about anyone who reads it will be as convinced as I was that otherwise wonderful parents are indeed capable of such a momentous mistake.  But it’s a long read and I know not everyone will take the time to get through it.  This issue is just too critical to ignore, so here’s the crux of it, the circumstances that set the stage for such a tragedy to occur.

While almost no common denominators can be found among the parents responsible for these incidents, a very common pattern can be found in their situations at the time of the incident.  The key ingredients seem to be stress and/or sleep deprivation, which leave the parent’s cognitive functioning significantly impaired, coupled with a change in normal routine.  You know when you go on autopilot and suddenly realize you’ve been driving for the last 10 minutes but have no real memory of it?  Stress and exhaustion can make our brains particularly susceptible to that tendency.  The higher functioning parts of your brain basically turn off while you go through the motions of your normal daily routine.  So when you throw in a change in routine (your husband usually drops your daughter off at daycare but you have her for the day), parents can end up mindlessly driving to work, going into the building, and continuing with their workday, not realizing their tragic mistake until its too late.

As loving, responsible parents, it’s pretty damn hard to conceive of the possibility that this could happen to us.  But approximately 38 children per year die from “hyperthermia” after being left in hot cars, and the reality is that most of the parents responsible are just as loving and responsible as we are.  The numbers are small, but the pain caused by each case is immeasurable.   We look at these parents as monsters, because it’s too terrifying to believe that we could be vulnerable to the same unimaginably awful fate.

But believing that we’re immune won’t help.  Instead, maybe knowing the ingredients that can set the stage for these tragedies (stress, exhaustion, emotional distress, distraction, and change of routine) might make us a mindful of when we could be at risk ourselves.  If spreading the word can prevent even one parent from this “fatal distraction,” that’s one less child who will suffer through this horrible death… one more child who can go on to accomplish great things with her life… one less family destroyed by the despair of losing their precious child and the crushing guilt of being at fault for that loss.

So I’m imploring anyone reading this – know the signs, be mindful of the risk factors in your own life, and spread the word. It’s literally a matter of life and death.

One thought on “Forgetting Your Baby in the Back Seat: “It couldn’t happen to me….””

Follow A Moderate Mama on WordPress.com
Join 69 other subscribers
Featured on: