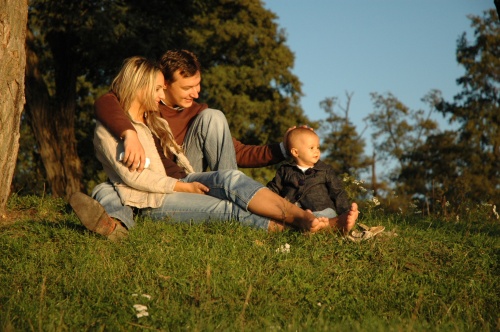 So you’re the Partner of a Stay-at-Home Parent. Like most modern parents, you probably struggle to find the right balance between your work life and family life. The cliché of the man returning from work and putting his feet up and leaving all childcare responsibilities to the womenfolk has largely been left in the past. So I’ll give you the benefit of the doubt and assume that you, POSAHP (do you mind if I call you that?), are an involved parent who sincerely tries to be as supportive as possible to your stay-at-home husband/wife/partner.

I’ve been blessed with an amazing POSAHP myself. He’s understanding, extremely involved with the kids, and a ridiculously good cook (I’m talking drool-worthy meatballs, y’all). But even if you are in the upper echelon of POSAHPs (which I’ll go ahead and assume you are since you’re reading my blog), there are certain realities of life as a SAHP that are just hard for you to fully grasp.

I certainly don’t claim to speak for all the SAHPs of the world, but I suspect that I’m far from alone in the struggles that have me wanting to pull my hair out by the end of the week (or halfway through Tuesday). So here are four truths that would be helpful for you to understand.

1) We Just Want you to Take the Kids

I know, I know – when you work full-time, you have a super limited window to get stuff done at home. Your weekend hit list may include mowing the grass, mulching, and reorganizing the garage. And all that stuff matters (I guess?). But I can almost guarantee you that what your SAHP wants more than anything is a break from the kids. (You may have noticed the way (s)he tosses them at you and hides in the closet the minute you walk in the door).

Being a SAHP is hard, but in a way that is really difficult to convey. It’s not hard in an intense-yelling-on-the-stock-market-floor kind of way, or in a performing-emergency-brain-surgery kind of way. It’s a relentlessness that wears you down, slowly but surely.

Nothing is simple. Ever.

Want to wash your face? During those 60 seconds, your one-year-old has either dumped out the bathroom trashcan or is trying to play with the toilet water.

Want to each lunch? The baby wants to be in your arms. But then down. And back again. Nope, down. And now she wants what you’re eating. Until you give her some of her own. Then she throws it on the floor.

And everything is like that, all day long. None if it is necessarily earth-shattering. But the cumulative effect, day in and day out, just leaves you utterly depleted.

So be mindful of this, POSAHP. Communicate openly with your SAHP about their needs and your own, and prioritize the things that truly matter so that your partner can carve out some much-needed “me time.”

2) If the house looks exactly the same as when you left, we’ve been working our butts off all day

There’s a baseline level of messiness at my house virtually all the time. I’m not talking hoarders-level filth, but no matter how frequently I straighten up, there always seem to be toys on the play room floor, train magazines spread across the coffee table, and a trail of miscellaneous objects scattered down the hallway.

So a less enlightened husband than my own might walk in the door after his work day, see the chaos and think “geez woman, what did you do all day?” But while you were away, POSAHP, an additional 74 messes happened and were cleaned up. All twelve Play-doh containers were opened and played with for approximately 4 minutes, after which your SAHP spent 20 minutes cleaning up neon pink molecules from the dining room floor (perhaps while the one-year-old tried to eat them). All the couch cushions were removed for fort construction and then returned. And so on.

When you walk in the door, you have NO idea what has been happening while you were out, so be kind and reserve judgment.

And directly related to Truth #2…..

3) Being Productive is Freakin Impossible

As I attempt to do some dinner prep, the baby is pulling all the dish towels out of the kitchen drawer. When I finally get around to purging the too-small clothes from my son’s dresser drawers, the kids discover a small tear in a stuffed animal and systematically remove every scrap of stuffing, gleefully tossing wispy pieces of cotton into the air.

Every completed task leaves a new one in its wake.

“What about naptime?” you ask. I’m sure some SAHPs are blessed with little ones that blissfully nap the day away. But lots of us aren’t, and plenty of moms I know (like myself) work from home, so naptime = work time.

But even if your SAHP doesn’t do paid work AND has children who are champion nappers, just remember how drained (s)he probably is (see Truth #1), and that this is the *only* down time (s)he gets for whatever needs to get done today – calls to the doctor’s office, a quick workout, a shower, a meal eaten in peace, or yes, maybe even a well-deserved chance to relax. So if you come home and your SAHP hasn’t managed to re-grout the master bath, give them a damn break.

There’s this weird thing that happens, without my husband probably even realizing it. By virtue of being the one with the kids the majority of the time, I’ve become the one who’s responsible for them by default, even when my husband isn’t working. So if I need to do something without the kids (like throw in a load of laundry without a tiny human on my hip), I have to make arrangements. It might be as simple as saying “hey babe, can you keep an eye on them while I’m in the basement?” (to which, for the record, he always happily agrees).

This might not seem to be a big deal. But when you really think about it, it’s kind of huge. The loss of flexibility and independence can weigh on us SAHPs in a way that is subtle but psychologically exhausting.

As the POSAHP, you can probably just announce that you’re, say, taking a shower. It is taken for granted and goes without saying that the kids will be taken care of. This might not seem like much of a “luxury”, but as a SAHP I can assure you that it is. Just be cognizant of this dynamic and accommodate accordingly, as much as you can.

Now if you happen to be reading this as a single parent, or in a family with two parents working full-time, you might be thinking “blah blah blah, another SAHM whining about her plight – she has no idea how easy she has it.” I know I’m blessed that not working full-time is an option for my family, and I treasure the time with my kids that is often joyful and magical.

But this parenting thing is hard, and it’s not a contest for who has it the hardest. Working parents vs. stay-at-home parents, parents of little ones vs. older kids – it’s all hard, just in different ways. I’m writing about what I know: the particular struggles of stay-at-home-parents. The more we can understand each other, the more we can try to make this parenting journey just a little bit easier.

5 thoughts on “To the Partner of a Stay-at-Home-Parent: Four Truths you need to Understand”

Follow A Moderate Mama on WordPress.com
Join 69 other followers
Featured on: